skip to main | skip to sidebar

The exciting arrival of Ian Lawrence

I had previously had a C-section in 2005. I had a successful VBAC in 2007 and I was ready to have another VBAC. I had moved from the area where I had Shannon in 2007. It was much harder to have a VBAC where I live now. I lost track of doctors who wanted to do a repeat C-section despite my VBAC. I found one practice that would take me on as a patient.

I had gone to the doctor on Friday and we made a tentative plan for Wednesday to go in have my water broken as a last ditch attempt to bring on labor. No one knew if it would work but I wanted to know that I did everything I could to avoid a repeat C-section. My doctor was supportive of my plan.

I had woken up at 3:30am and was having mild contractions but I was 41 weeks pregnant and had been having contractions for weeks. I went to the doctor's at 9:30 on Monday. I was 4 cm dialated and the baby was reactive and perfect at the NST. I was also contracting about every 5 minutes. I wouldn't have known if I hadn't been on the monitors. My doctor made some comment about stirring things up my examining me and then said "I'll see you on Wednesday".

I left and went back to work after getting lunch. I got back at 11:30 and had a conversation with my supervisor about how I was going to be pregnant forever. I told her the plan for Wednesday and new I only had to work two more days.

Bob called me at 12:30 and we talked about his mom coming to watch the girls on Tuesday. I agreed to it. I tried to call some of my claimants and at 1:00 I realized I couldn't leave one a message because I was contracting so much. I called Bob at 1:15 and said that I was going to come home at 1:30 because I was having contractions. I remember telling him that I thought I was in early labor.

At 1:30, I leave. I input some leave and print off my timehseet. I'm still having contractions. My supervisor is at a meeting so I need to find a new supervisor. I reject going to some of the guys by me because I thought they would flip out and would want to call 911.

I find Beth and hand her my timesheet. I told her to tell my supervisor I was leaving and I wasn't coming back. She said "Oh, you won't be back today?" And I said "No, I don't think I'm coming back for awhile".

I couldn't find my ID. When you don't have your ID, you have to walk all around the building. I decided I couldn't do this when I came back from my appointment and I remember thinking "I dare someone to say something to me". I have to walk up front and stop in the bathroom. My mucus plug falls out. I leave the bathroom and call Bob and tell him that I don't think I can drive home, why don't you come pick me up. He asks me if I should go to the hospital and I say no.

I walk up the hallway and I'm still having contractions. I call Bob again and tell him that he should still come pick me up but I think we should go to the hospital. He later told me that he had aleady decided we were going to the hospital. He said he'd meet me there.

I go out to my car and sit there and have contractions every 4-5 minutes. I eventually see Bob show up and park behind me. He beeped and I know he might have thought that I didn't see him. I did see him but I couldn't walk out there while having a contraction.

I eventually get in the car and off we go to the hospital. He starts calling the schools telling them Natalie would pick up the girls. I'm still contracting every 4-5 minutes and moaning through them. I make some comment about wondering if they'll keep me. He says they will but I'm not so sure.

We arrive in the hospital parking lot. It is 2:09. We had never gone on the tour so we go to the ER. I was actually further away from L&D. We see his friend walking in the parking lot. He stops and gives her some directions. I take off and get in the door and start asking where L&D is. Someone tells me it is on the 2nd floor. I have to walk down a hallway. At this point, I have to stop every minute and have a contraction.

I keep passing people and Bob joins me. Everyone I pass makes it their mission in life to get me into a wheelchair. I keep declining. I get almost to the lobby and someone tells me it is hospital policy and I need to get into the wheelchair. It's a triple wide wheelchair. I think Bob and I could have ridden in it together. Bob starts pushing me and crashes me into the elevator. I get out and yell "I told you I don't need the stupid wheelchair". I push 2 and I can hear Bob yell "Kris wait" It's too late so I go off by myself.

I still don't know where I'm going so I pass triage and no one is there. I look up and see 4 nurses walking or almost running towards me. I remember one asked me what number baby this was and I said "4". I found out later that someone had called ahead for me.

I get to a room and at some point Bob shows up. I immediately start stripping off my clothes and my shoes. I get on the monitors and decide to shout out some relevant information "2003 vaginal delivery, 2005 C-section, 2007 VBAC, yes I want another VBAC" I'm now 6 cm dilated. I try to crouch down because it helped so much when I had Shannon. It didn't help that time. All I want to do is lay down and hold onto a bar.

They attempt an IV and bloodwork. It never happens. Someone asks me if I want an epidural and I say "No". Five minutes later I change my mind. I'm now 8 cm dilated. I know it's too late but I keep demanindg an epidural and then a c-section.

People keep running in and I loose track of how many people there are. A staff midwife comes in and then later an attending doctor comes in because it's a VBAC.

My doctor's partner comes in. She breaks my water and it's filled with thick meconium. People from the NICU come down for the delivery. Someone tells me what will happen when the baby is born but I can't take it in.

At some point, I'm almost complete but the baby is no longer tolerating labor well. He starts having some decels and someone tosses some oxgyen on me. I think I'm still asking about my epidural. I have to flip to my left side which seems like the hardest thing ever. I do this for about one minute and then I'm in stirrups.

I push once and the head comes out. The doctor told me later that she realized that he's a big baby. I push again and the rest of his body comes flying out. I start asking "What is it?" And I hear Bob yell "it's a boy, Oh, My it's a boy" I briefly think that he must have siad the wrong word but then realize that we had a boy.

He's taken over and assesed by the NICU. He's cleaned off and suctioned again. He never inhaled meconium.

He's weighed and he is 9lbs 12oz and is 22 inches long. He was born at 3:04pm, 55 minutes after we got to the parking lot and one hour and thirty four minutes after I left work. I think I might have set a record. He's the biggest baby born that day.

He's ours and he's beatiful. 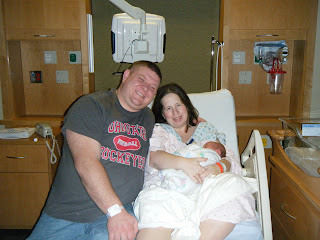 Thanks for sharing Ian's birth story. Incredible that he was born so quickly. I guess he was READY to come out after staying in for some extra time! Did you ever get your epidural? Great photo of you with your boys! You are going to love having a son...just beware of getting peed on during those diaper changes! FYI, we use Luvs diapers for Elijah and just about all parents of boys that we know swear by them!! Congratulations!

You sure look a lot more comfortable! Congratulations!
Robin

what a great story! thanks for sharing.

wow! you cut that close. ;-) Thanks for sharing.

That is an incredible story! Thanks for linking to it. It definitely helps to hear some real life VBAC stories.

Kristin
I am Bible believing girly girl chasing and baby bouncing woman who has been married for almost ten years. I have three lovey ladies who are 7, 5, 3, and one brand new boy. I work full time during the day and my husband stays at home with the kids and works full time at night. It is definetely the hardest thing we have ever done. Did you know that 1 out of 100 kids has autism? And one of them is mine. 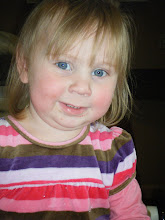 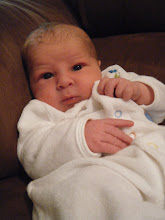